I cannot tell you how excited I am to discover this ridiculously easy, natural tick repellent that really works!

But before I spill the secret, let me give you some background information:

We just moved to a property deep in the woods of Pennsylvania.

My dog and I were diagnosed at the same time with Lyme Disease 2 summers ago.

We caught it early, got treated and now we’re all better.

I hike and/or creek swim in the woods with my dog 5 to 6 days a week, March through October.

Where I currently live has the greatest number of confirmed Lyme Disease cases in the whole country.

Before I discovered this natural tick repellent, we’ve been pulling a minimum of 3 to 4 ticks off my dog each day and usually one to two on me.

My husband told me we had to figure something out with all these ticks or else he wanted to put Frontline on my dog.

It’s full of dangerous chemicals and not good for dogs (or for people that love to hug and cuddle their pets).

Okay, got all that?

So then a few weeks ago, my essential oil guru, Meagan from Growing Up Herbal, wrote a guest post on Primally Inspired teaching us how to make super easy homemade bug repellent oils. I tried her easy recipe since bugs are terrible where I live this time of year. Her homemade oil recipe worked like a charm! Truth be told, it even surprised me how well it worked.

In the post, she also mentioned that Rose Geranium Essential Oil was a good tick repellent for animals. So I contacted my holistic vet to make sure it was ok and bought some Rose Geranium oil and then hoped and prayed it would work or else I would have to go the Frontline route.

I put a drop of Rose Geranium Oil in between my dogs shoulder blades and a drop at the base of his tail each day before we go outside. That’s it.

I also put a drop on the insides of my wrist and a drop behind my ears.

We did our daily hike and creek swim in the woods. We came back. No ticks.

What, no ticks?! I thought this is too good to be true.

I have no idea why Rose Geranium oil works so well, but honestly, I don’t even care. Okay, scratch that – I’m a nerd and I am kind of curious to learn why it works so well, so if you know, please enlighten me.

I’m just so happy that I don’t have to put Frontline on my dog and that I found something completely natural that costs way less than Frontline AND that really works for both me and my dog! (and it smells really, really good!)

HERE’S the kind I bought (I figure that this bottle will last me at least a year):

If you want to check out the homemade bug repellent oil recipes that I use that really work CLICK HERE.

UPDATE 6/2/2015 — Many people have asked if they could make a Homemade Tick Spray out of Rose Geranium. Yes, you can! Click the play button below for my how-to video: 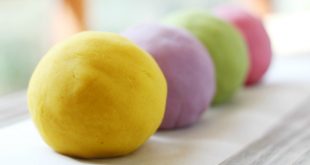 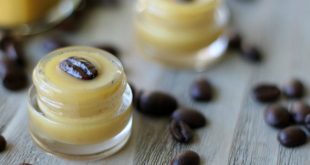 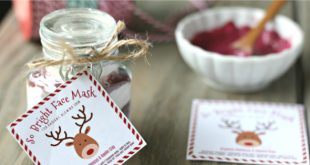